The European Society of Radiology (ESR), represented by its President, Prof. Boris Brkljacic, participated in a series of successful meetings and events on the 10th of December in Brussels to strengthen the position of medical imaging on the European Union (EU) health policy agenda.

In the afternoon, the ESR participated in the event entitled “Europe’s Beating Cancer Plan – Better access to cancer care in Europe?” hosted by EU40, a group of young Members of the European Parliament under the age of 40. During the Q&A session, Prof. Brkljacic intervened by highlighting the contribution of radiology towards accurate diagnosis and treatment. Furthermore, he called on the EU institutions to act and to gradually implement lung cancer screening programmes following successful clinical trials that have demonstrated their effectiveness on the overall mortality rate. 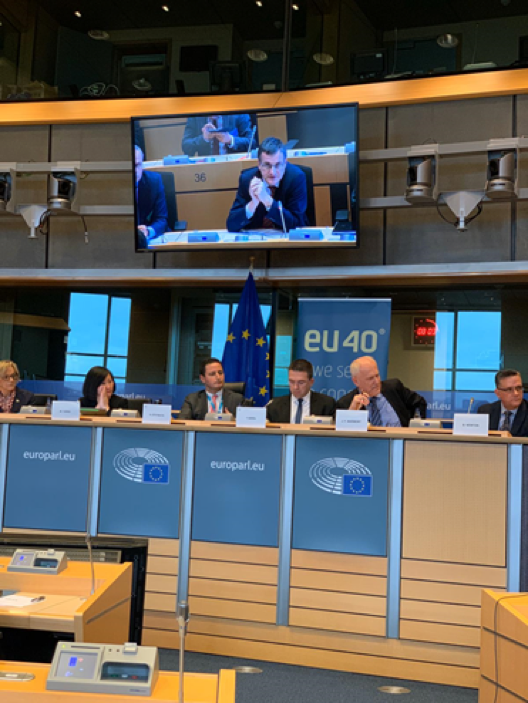 In an interview with EurActiv, Prof. Brkljacic provided the society’s perspective on the digital transformation of healthcare and the uptake of Artificial Intelligence (AI) both in clinical practice and research. It was emphasised that imaging technologies were far ahead from other specialties in embracing AI, with the potential to generate rapid diagnoses as well as targeted and personalised treatments. Despite the potential for transforming healthcare systems, Prof. Brkljacic drew attention to ethical and privacy issues, which require for AI to be introduced alongside a clear framework guiding its development and use. 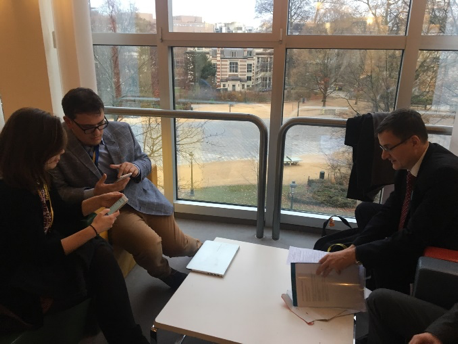 In the evening, Prof. Brkljacic gave a voice to the medical profession’s views on digital health at the event "Digital Transformation of Healthcare - Unlocking the potential of digital solutions for patients, healthcare providers and health systems", kindly hosted by GE Healthcare and the European Brain Council (EBC). The meeting brought together a panel of experts to discuss pressing issues on the path towards the digitisation of healthcare systems across Europe. Prof. Brkljacic underlined the radiology profession’s support for breakthrough innovation, which should be integrated into healthcare hand-in-hand with ethical and privacy standards, putting the patients’ interests first.

The productive day illustrated once again that the ESR is ready to constructively engage with the EU institutions, industry, patients and any other stakeholders to harness the potential of digital solutions and Artificial Intelligence in healthcare for patient-centred outcomes and personalised care.